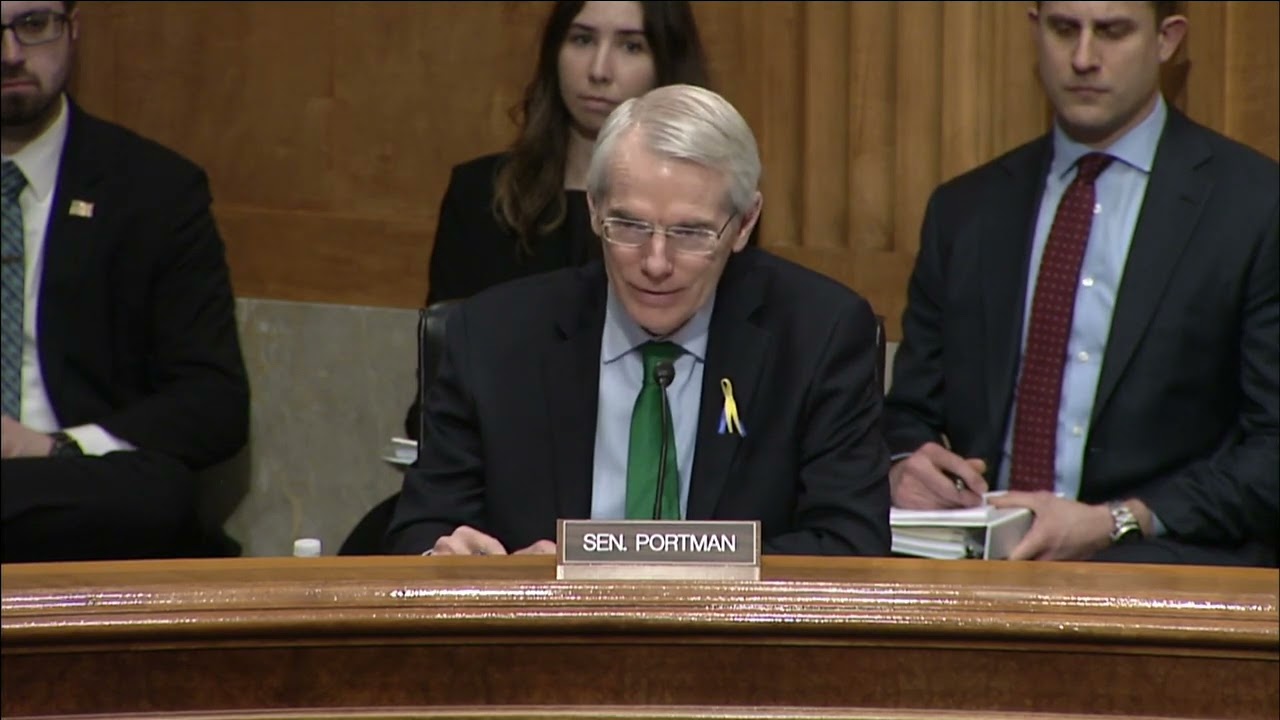 Of more than $5 trillion allocated, estimates of the amount stolen range from $87 billion to $400 billion, he said at a recent U.S. Senate Homeland Security and Governmental Affairs Committee meeting.

"Money that was supposed to be used to employ American workers instead funded organized crime, purchased luxury cars and mansions for criminals," the senator from Cincinnati said. "We have also learned that billions of dollars spent to help American families were stolen, stolen by individual criminals, stolen by transnational criminal organizations, many of whom used fraudulent schemes to exploit the pandemic for their own financial gain."

We asked Portman's office if they had examples from Ohio. Here is a partial list of their COVID relief hall of shame:

• A Columbus man not only was charged with leading a drug and sex trafficking ring, but also indicted for what federal prosecutors say was a successful attempt to obtain federal COVID-19 pandemic benefits. Court documents say he received more than $17,000 in unemployment assistance in Ohio and Michigan, falsely claiming he was out of work due to COVID-19. Two associates together got more than $25,000 through the same two states, all or a portion of which went to the ringleader, federal prosecutors said.

• A Columbus woman submitted fake bank and tax records in an attempt to gain nearly $300,000 in Paycheck Protection Program (PPP) loans for a marketing business registered under her maiden name. She got just over $160,000 before pleading guilty to three counts of wire fraud and one count of making a false statement. She was sentenced in December to pay a $250,000 fine and more than $128,000 in restitution.

• A candidate for Cincinnati mayor was indicted after seeking over $600,000 in PPP loans for six businesses that authorities said were not operating, receiving just under $20,000, a federal complaint said. She "conceded that she used some of the money for personal expenses."

• A Dayton man received more than $120,000 in fraudulent pandemic relief, authorities said, using the cash to shop at Puma, Lacoste and Saks; pay for a trip to Sarasota, Florida; and make several Door Dash purchases.

• A Cincinnati woman took in $349,000 in fraudulent PPP loans, the U.S. attorney's office said. She used the money for flights; King's Island; stores such as Michael Kors, Louis Vuitton and Kay Jewelers; and spent more than $10,000 at a facility that advertises liposuction, plus laser and body contouring.

• Two Cleveland men were indicted by the feds for their part in a scheme to file fraudulent loan applications seeking more than $24 million in PPP loans. The duo "appear to have viewed the PPP loan as free money," authorities said.

If you suspect fraud, you can report it here.

Shamansky made the argument to defend Columbus resident Dustin Byron Thompson for his role in the Jan. 6, 2021 U.S. Capitol riot. The lawyer told jurors that Trump hatched a “sinister” plot to encourage Thompson and other ardent backers to “do his dirty work,” the AP reported.

“It’s Donald Trump himself spewing the lies and using his position to authorize this assault,” Shamansky said during opening statements in the third trial involving riot participants. The first two ended in convictions on all charges.

So did Thompson's. The 38-year-old resident of the University District was found guilty of all six charges by a jury that deliberated less than three hours.

Thompson, garbed in a “Trump 2020” stocking cap and bulletproof vest, wound up in the Senate parliamentarian's office, where he made off with two bottles of liquor and a coat rack valued at up to $500, federal authorities said.

Shamansky said that after Thompson lost his job due to COVID pandemic he got caught up in Trump's "carefully crafted plot to call into question the integrity of the 2020 presidential election.”

Thompson testified that he believed he was answering the president’s call to go to the Capitol and “fight like hell” when he joined those who poured into the building, the New York Times reported. “If the president’s giving you almost an order to do something. I felt obligated to do that.”

“I think our democracy is in trouble, because unfortunately we have charlatans like our former president who, in my view, doesn’t care about democracy but only about power.”

A congressional committee wants the U.S. justice and treasury departments to probe tax write-offs by Dublin-based Cardinal Health and three others that agreed to pay $26 billion earlier this year to settle thousands of lawsuits related to the opioid crisis.

"Four companies that contributed to an opioid crisis that has killed half a million Americans and continues to claim tens of thousands of lives every year may now be attempting to put taxpayers on the hook for billions of dollars in settlement costs. This would be an outrageous tax benefit to line the pockets of bad corporate actors," the House Oversight Committee wrote to Attorney General Merrick Garland and Treasury Secretary Janet Yellen.

Cardinal and two other drug distributors, McKesson and AmerisourceBergen, together agreed to pay $21 billion over the next 18 years. Under the deal with cities and states bringing the litigation, at least 85% of the money must go to addiction treatment and prevention services. The cash is supposed to begin flowing this month.

Cardinal, which has 44,000 employees, said in a federal filing more than a year ago that it planned to seek a $974 million federal tax refund because its share of the settlement represents a “net operating loss carryback.” That refers to a little-known piece of the CARES Act, which Congress added to give relief to businesses struggling due to the pandemic.

"We request that you determine whether these tax maneuvers comply with the law, and we urge you to do everything in your power to ensure transparency and accountability for the companies and executives that fueled our country’s deadly opioid crisis," the House panel said.